In episode 32 of The OCD Stories podcast I interviewed Ashley Curry. Ash has recovered from OCD, and has been free for 12 years. He’s an advocate for Maternal OCD, OCD Action and Tourettes Action. He is also Founder and host of #AskAshOCD weekly Twitter Q&A. 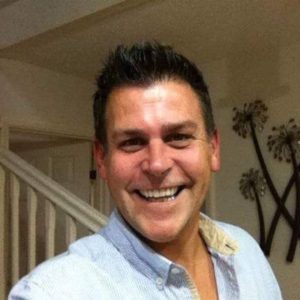 In this episode I chat with Ash about his OCD story including transgender OCD, sexual intrusive thoughts and how he recovered. He goes into how to overcome OCD and take your life back. We also look into why it takes people time to recover. Ash is a great guy with a lot of great advice. Enjoy.

This podcast is also brought to you by nOCD. Download the app for free: http://m.treatmyocd.com/ocdstories

END_OF_DOCUMENT_TOKEN_TO_BE_REPLACED

Talking Back To OCD

So if a thought came in, I would embrace it and say “oh is that it ocd, is that the best you’ve got, bring it on“

My ocd story: Pre-diagnosis it started around the age of 6 where I would spend a lot of time at night ensuring that the pillow on my bed was a certain distance from the wall, to prevent myself from hitting my head on the wall and harming myself. This compulsion, like any compulsion simply never satisfied the ocd, so I would often sleep on the floor as another compulsion which made it more “easier”, so to speak.

Moving onwards, I would go many months symptom free, only to be hit by new variations, so in retrospect my ocd, looking back often waxed and waned over the years, pre diagnosis. Health obsessions, relationship obsessions, was I supposed to be a girl obsession, checking on the kids when they were babies eg are they breathing properly, what if the blankets go onto there faces etc, which was very exhaustive.

Into my mid 30s I had horrid thoughts that I may have harmed the kids when they were babies, and these thoughts were so strong I actually started to believe in them, what ever compulsion I carried out, they just came back stronger and more powerful. Compulsions were ruminations, drinking water to try and flush them away, drinking alcohol also was used as a compulsion as it had the ability to eradicate the thoughts, until the next day of course, where it was back with vengeance and of course the dealings of a hangover too.
END_OF_DOCUMENT_TOKEN_TO_BE_REPLACED