Keep strong. It gets better.

My first experience with OCD was denial and dismissal. It was not in any malicious way. As it so often is, it was a result of ignorance about OCD. When I was 12, I found religion. In finding God, I also discovered the “unforgivable sin”, blaspheming the holy spirit. I’m sure any Christian with OCD knows this well. I suddenly began to get thoughts I’d never had before. I hate the holy spirit, the Holy Spirit isn’t real and a variety of obscenities about the Holy Spirit. I was terrified. Then it began to spread, this monster. Whenever I heard of terrible stories of people dying I would be attacked by thoughts along the lines of Good, they deserved it. To this, of course, I would react hotly and repeat lines like “No, I don’t think that! That’s horrible!” Then the doubt. Do I think that?

It was through Christian forums that I discovered religious OCD. At this point I felt enormous relief. Then it changed. I became concerned that I was sexually attracted to my next door neighbours (who were six). I would feel a compulsion to check that there was no bodily reaction shall we say.

All the while I heard people say that OCD was “liking cleaning” and “ordering things in lines”; it was just a harmless personality quirk. It makes me wonder how many other people are in agony out there wondering if they’re perverse because they don’t think what they’ve got is OCD. People are supportive and well-meaning, they just have no idea what OCD is.

When recovery began, it happened phenomenally quickly. After three years of on-again-off-again rumination and intrusive thoughts, it reached its climax. Over the summer after GCSEs, I fell in love with an incredible girl, a ballerina. Almost immediately my head went for this girl. The thoughts became less obviously OCD, but the mechanism was still there. The thoughts went for the fact that she’d lost her father at a young age and picked on issues around the world (the rape of Yazidi slaves by ISIS, for instance) and showed her in this situation, in some attempt to make me feel guilty. It was strange, but that’s what OCD is.

This is when things got really bad. What should have been a blissful summer of fun and romance became an ugly monster of doubts, sleepless nights and sickness. I doubted if I’d ever be able to hold down a normal relationship. It began to interfere with my A-Level studies (the university entrance examinations in the UK) when I went back to school.

She broke up with me. Having been dragged through the corners of hell by OCD I resolved that I couldn’t handle it anymore, and I’d do anything necessary to be rid of it. When OCD drags you to the lowest point, it shoots itself in the foot. It motivates you to commit to getting rid of this manipulative devil.

In spite of a failed attempt with mindfulness, I tried meditation again, this time using guided meditations on YouTube. If I recall correctly it was a guided mindfulness meditation by The Honest Guys. From there I began to notice improvements. I then began listening to Dhyaanguru Dr Nipun Aggarwal’s “brain healing sounds” and things began to rapidly get much better. Within three weeks of regular meditation (ten-fifteen minutes a day) my brain was under control. It’s now approaching a year on and things have never been better!

It is worth noting that because OCD is chronic, I am still every so often (typically once every three to four months) bothered by OCD and intrusive thoughts. However, through the skills of detachment and observation I have gained through meditation, I can now simply allow them to pass and they always do. No matter how much your brain tries to make the shadows seem big and scary, they’re not. Therefore it is important that you grade success not on the absence of intrusive thoughts, but rather seeing intrusive thoughts for what they are and letting them go.

A handful of observations I made. I am very much convinced that getting enough sleep, meditation, exercise and occupying your brain are the best ways to treat intrusive thoughts (editor notes: along with CBT therapy). I used to spend a lot of time sat in front of my computer watching YouTube videos. I think it is good for me to get outside, try new things and live life! Limit your screen time and maximise doing things that you love and enjoy.

I won’t pretend that it’s a clean and easy ride. You will have setbacks. As somebody who knows what it feels like to lose sleep over incessant thoughts, things can and will get better. I doubt the world looks more beautiful, optimistic and hopeful than it does to somebody who has overcome OCD. No matter how dark it feels now, you are strong and capable and one day you will be free of OCD. For the moment, keep strong. It gets better.

I have hope now 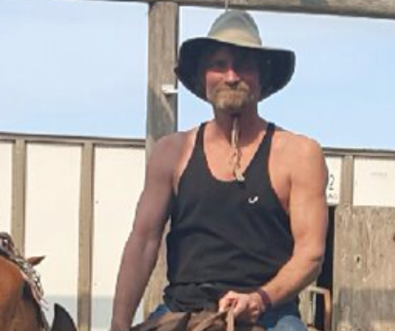