Whenever I was sixteen, I was convinced I was evil. I was tormented by intrusive thoughts that took the form of “evil spirits” who I believed were attracted to me (because I was evil). I avoided certain objects because they had “bad energy” and I tried many cleansing rituals like praying, smudging with sage, carrying crystals, and sleeping with rosary beads to chase away the spirits. However, it never was enough. It never worked. I wore a cross around my neck, and at one point, I thought it was burning my flesh (because I was evil, of course!). I went to churches and visited psychics and priests. At my worst, I was unable to be alone, and I wanted to be placed into a metal institution because I could not find relief. This incredible spike went on for over 3 months straight.

I’m sharing my story because there aren’t many resources written about scrupulosity from a new age, spiritual perspective. There are predominate beliefs in the spiritual community which present an extra challenge to OCD suffers like myself. I actually sought help online in spiritual forums and had my OCD reinforced. I’m not here to make the case for woo-woo, but I can honestly say I have retained my spiritual practice and beliefs without OCD. If you are suffering right now, you do not have to give up your spirituality, you just have to recognize how OCD and your spirituality interact.

Like I said, I actually still hold these beliefs, but I don’t have OCD about them anymore. This is how I was finally able to separate my spirituality from OCD:

The three-month spike I described earlier ended after I found a website describing “pure-O” OCD. I realized I was suffering from OCD. Early on, I practiced distracting myself from the thoughts with uplifting music, TV shows, and things that did not remind me of my fears. For whatever reason the spike subsided, and it only reared its head a few times over the years. Although, more recently I realized my OCD was still affecting me in more subtle ways.

Here’s how it continued to latch onto my spirituality.

Examples of uncertainty and checking:
Have I done enough to ensure that I do not have bad energy?
Did I cleanse away the bad energy well enough?
Is this bad spirit or scary vision following me, and can I cleanse it away?
If I do something to violate a previously-held superstition, will it manifest in my life because I believe it deep down?
Does God/the Universe condone my thoughts or actions?

Rituals
-Cleansing away bad energy with sage, thoughts, bells, and prayer repeatedly to be sure it is totally gone.

-Avoiding objects, people, or thoughts that have bad energy.
-Not being sure my energy is pure, so cleansing it repeatedly and checking my thoughts for purity.
-Using multiple objects or rituals for protection, but feeling like it is never enough to fully protect me from bad/evil spirits.
-Pulling oracle cards for myself over and over because I was unsure if the first time was correct.
-Checking for “angel numbers” or signs from the universe to validate my thoughts, feelings, or experiences.
-Keeping superstitions because I believe violating them could manifest negative events in my life.
-Seeing or feeling negative spirits and trying to push the thought away using cleansing and protection rituals.
-Consulting psychics or priests to provide certainty, but still feeling uncertain.

If you are doing something over and over again and feel like it isn’t “just right” — it is probably OCD. Even if you believe in energy, spirits, law of attraction, or that your thoughts are meaningful symbols, doing something repeatedly and feeling anxiety if it isn’t “just right” is OCD. Once you start accepting that it is OCD, you can break free.

After recognizing when OCD is interfering with your life, you can challenge yourself to stop the ritual. For example, if I feel my energy is contaminated, I recognize the OCD, and I mindfully sit with my anxiety. I say to myself, “Even though my energy could be contaminated and I want to use sage to cleanse it, I recognize that this is OCD and I’m allowing myself to sit in uncertainty.” Allowing the thoughts to be there has helped. If I am actually cleansing, using oracle cards, or praying, I tell myself “once is enough.” I do not have to check over and over. I can pull one card, sage once, or say one prayer, and allow myself to sit in the discomfort of not knowing whether it is good enough.

I started self-guided ERP. I have been violating my belief system by doing things that will give me bad luck or bad energy. For example, a shirt has a negative memory associated with it so it has “bad vibes.” I recognize I’m avoiding the shirt and tell myself to wear it and not think about it. By the end of the day, I no longer feel the need to avoid the shirt.

Separate OCD from intuition and spirituality.

I have learned a rule of thumb – if it is causing extreme anxiety, it is not a vision, intuitive insight, or a symbol that must be decoded. It’s fear. Yes, it is that simple.

If you are afraid of spirits around you, possession, or bad energy – you must sit in the uncertainty of not knowing. Maybe they are around you or corrupting your spirit. Maybe you’re at their mercy because you think you are evil and abandoned by God. Learn to label the feeling of “not being sure” and being “really afraid” as OCD. I found that open-ended statements help me a lot.
“Even though I feel like I’m evil, I am open to the possibility that I am safe and that I am actually a good person.”

This kind of statement does not convince you that you are good or bad, it just allows you to settle while still sitting with the uncertainty. You may never know, but you can choose to live your life anyway, outside of fear. Living in spite of my fear has freed me. My life feels so light and free without these rituals.

Last, find a therapist who specializes in OCD. Not all therapists specialize in OCD, so it is important to find one who does. Join support groups. Read about OCD. You are not alone. 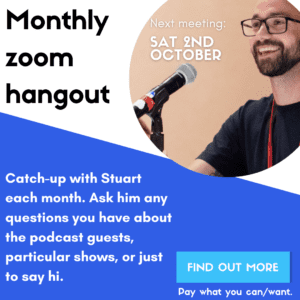