I thought I wouldn’t write this until I was recovered, but I realized that “recovery” isn’t an end point; it’s learning to manage every day. For anyone wondering, I will state, up front, that I still don’t have “answers” to my OCD questions. But recovering is being able to accept that fact.

My OCD didn’t come to a head until I got engaged. It was supposed to be the happiest time of my life, right? And yet, I felt trapped in a nightmare for months.

But before that happened, I believe my first signs of OCD were in high school, and I had no clue that’s what it was. I was a lover of romantic comedies and silly romance novels. I felt a desperate need to be in a relationship and probably thought about boys constantly. You see where this is going right? Of course, OCD latched onto relationships.

Despite the fact that all I wanted was a boyfriend, dating brought on intense anxiety for me. What if I was awkward? What if I didn’t know what to do? What if he wasn’t right for me? What if our friends judged us?

This continued through college, obsessing about boys and relationships constantly, but also being overwhelmed with anxiety when anything became slightly serious. If my compulsion was breaking things off, I gave into it every time.

I also spent inordinate amounts of time thinking about what was wrong with me that I couldn’t make a relationship work. I agonized over it, cried over it, and seriously questioned myself worth.

Then my OCD took another turn. What if I couldn’t make a relationship with a guy work because I was actually gay?

This sent me into a constant state of anxiety and depression. I remember panicking every time I thought a woman was attractive. It was agonizing to watch movies, which I used to love. And of course, I checked my feelings, especially down there to try to figure it out.

Somehow, at the end of college, my OCD faded for a bit. The fears would still pop up from time to time, but I wasn’t ruminating for hours.

I ended up moving to a new city, and started dating again. It didn’t cross my mind to question my sexuality, and I didn’t even question my ability to make a relationship work. I had a new found confidence, I thought, because I overcame my fear of rejection (I had concluded my past anxiety was fear of rejection and commitment…and maybe it was).

I dated a few people for a few months, and then I met a guy that I felt I really clicked with. Not only did we seem to have a lot in common and enjoyed doing the same things, but I also didn’t have the obsessions and reservations with him that I’d had with every other guy I tried to date. And I could tell he had strong feelings about me.

Things moved pretty quickly, and within a year, we moved in together and talked about marriage. We had plans for the future, and I was excited. But I also was starting to fall back into the pattern of anxiety and depression that I had experienced before.

Christmas-time came around, and I’d already endured several months of feeling generally sad and not like myself. But I have dealt with Seasonal Affective Disorder, so I ignored it.

My anxiety was building too, which made me realize I couldn’t put off seeing a therapist any longer. And I started to have strange thoughts that worried me very deeply. At my first session, when I filled out an evaluation of my feelings, I wondered if I should say that I had suicidal thoughts–because I really didn’t want to kill myself, but I had noticed a hook in our basement and imagined myself hanging from it. But I was scared that the therapist would actually think I was suicidal so I said no.

I was also having some worries that I might hurt my dog, because I had been using a knife and the thought of stabbing him popped into my head. And I was a little worried about pedophilia since it was in the news recently. But I was really gripped with an anxiety-inducing obsession that I was pregnant. And I was just not ready to have a child, even with a man I loved.

With all of this plaguing me, I had trouble mustering up much enthusiasm for Christmas, which is normally my favorite holiday. I remember being stuck in my head, worrying, on Christmas morning. I managed to pull myself out of it and enjoy the day. Little did I know that the biggest surprise of my life was coming.

When we got home after Christmas celebrations with my family, my boyfriend and I opened our presents to each other. Suddenly, he disappeared from the room. When he came back, he was holding a hand behind his back, and I got a feeling that I knew what was coming.

And my first thought was, “oh shit.”

Not exactly the thing you want to think when someone you love is proposing to you.

I immediately moved up my next therapy appointment.

I was terrified to tell her that I was worried about being gay. I didn’t initially, because I didn’t want to find out that it was true. But the thought kept haunting me until I felt like I didn’t have a choice.

My therapist helped me understand that our thoughts don’t inherently mean anything, and she led me through an exercise where I listed the pros and cons of my boyfriend. And also the pieces of evidence for me being straight or gay.

As you can probably guess, this reassurance initially helped, but then I fell back into the same obsessive worries.

She explained to me that a fear of uncertainty was at the center of my doubts and gave me a chapter from a book about OCD to read. She told me that I could ignore my thoughts.

And still, nothing changed. I was sick with anxiety. I couldn’t eat, I couldn’t sleep, my heart raced, and my fears played on a loop tape in my head. I didn’t feel right with my fiance, I couldn’t picture a future with him, I was starting to notice how attractive some women are, and I tried to determine if I was attracted to them…but still, I told myself: I love my fiance. I’m not gay.

One night, my anxiety got so bad I was convinced that I had to call my friend to ask him how he knew he was gay so I could figure out what was going on with me. Before I did, though, I desperately googled “can anxiety make you believe things that are not real.” And I stumbled across the term Intrusive Thoughts.

Everything clicked. What they were describing was exactly what I had experienced! I felt a rush of relief that maybe, just maybe, I could get rid of these feelings and this anxiety.

I was excited to discuss what I had found with my therapist. I figured that since she had given me a passage from an OCD book, she would be able to diagnose me, and then we could really treat my OCD.

Unfortunately, she dismissed this. While I tried to follow her advice to not pay attention to the thoughts, I also bought Freedom from Obsessive-Compulsive Disorder, by Jonathan Grayson. I read it cover to cover twice.

I told my therapist that I thought I was getting better, but in the back of my mind, I really wanted to try meeting with an OCD specialist. Maybe once I got an official diagnosis, I would be able to really tackle it.

Ultimately, I had been reduced to ruminating for hours about whether or not I was gay, and it was clear that this wasn’t going to magically stop. So when I found an article written by a therapist in my area, I worked up the courage to schedule my first appointment. She diagnosed me right away, which wasn’t a cure, by any means, but it meant that we were able to immediately start on Exposure and Response Prevention.

Doing exposures made me realize just how much I was avoiding. And it made me more aware of my compulsions. It was particularly hard for me to watch TV or movies, for example, because the entire time, I would try to figure out if I felt more attracted to the men or the women. I also found myself constantly testing my feelings for my fiance. I would spend hours trying to analyze my memories or my reaction to triggers, especially if I found myself noticing that a woman was attractive. And I worried constantly that I didn’t really have OCD.

So I had to watch shows that I avoided, and agree with my thoughts of attraction, and look at lesbians on instagram. And I had to tell myself that maybe I don’t really love my fiance…maybe I don’t actually have OCD.

So I had to tell myself, “Maybe I’m a liar.” But maybe I also suffer from black and white thinking, and have a tendency to overvalue the importance of things.

I had a few breakthrough moments. It’s funny, because they were realizations based on advice that I had read and heard plenty of times before, but I think you have to be in the right place to actually internalize these things.

I had a day when I genuinely told myself “so what?” in response to the worry that I didn’t love my fiance. And I had another day when I realized that I can have a thought–about a woman being attractive, in this case–without it meaning something. And I can actually accept the uncertainty of these thoughts. I don’t need to have an answer. I don’t get to have an answer. But I can live my life anyway.

Even though I’ve made significant progress, it hasn’t been easy. The stress of wedding planning definitely made treatment harder. And my perfectionism has held me back. I tried to do my exposures perfectly and would be really hard on myself if I had a bad day. But this is when my therapist introduced me to self-compassion, and it has made such a difference. Not only has it helped me face my OCD, but it has also transformed the way I think about and treat myself.

Therapy helped me see that I’ve always had obsessional thought patterns. Before OCD, I used to lie awake in bed at night, just endlessly thinking, going over conversations in my head, trying to anticipate problems before they happened and solve them. Honestly, it’s no wonder that I developed OCD.

But I feel hopeful for my future. I feel like this is forcing me to confront a lot that was holding me back. It hasn’t been easy and it hasn’t been fun, but I’m coming out a better person on the other side.

And I got married …for better or for worse. 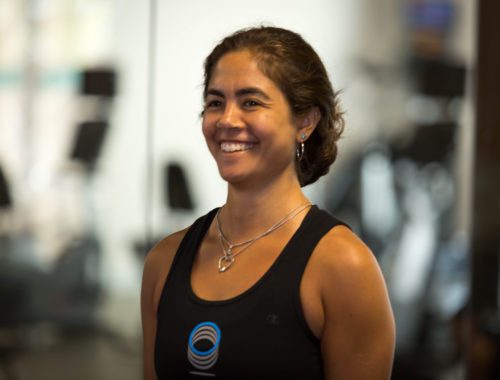 Recovery through faith and exposure 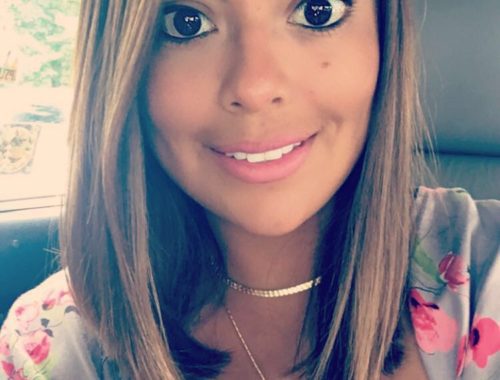