This post is not a step-by-step guide to get rid of OCD. No, I’ve found that, just like life itself, there is no concrete solution. And that’s what scares us who suffer from this disease the most: the terrorizing fear of uncertainty. I hope this post sparks ideas for other sufferers on how to cope. Maybe someone will be able to relate to the many, many obsessions I have. Oh boy, is OCD diverse.

At this point, I have now wrestled with OCD for the past 22 months. It has caused me to be physically present yet mentally absent with friends and family, to miss out on getting a career right out of college, and to lose passion for my hobbies, amongst other things.

My life growing up was filled with comfort and certainty. Any trying situation was taken up with God, who gave me quick reassurance. I graduated high school with honors and went to a liberal-arts school in North Carolina. My first 3 years of school came with great friends, and a healthy balance of work and play. I lived a virtually care-free and fulfilling life throughout this time, experimenting and taking on different tasks with relative ease.

Then came the day the bubble of comfort broke: The Spring semester of 2017. I was in the middle of a relationship with a beautiful girl, and we were having a good amount of unprotected sex. She also knew that I had multiple partners in the past without protection, and half-jokingly started telling me to get an STD test. Due to our nation’s terrible sex education protocol, my mindset was if there aren’t any big alarming bumps, everything is kosher. Things were fine for months after the first time she mentioned this, and I came up with a clean STD test, but in May of 2017 the alarm switched in my head again, this time a lot louder: I know nothing about sexual diseases.

So the googling started. And persisted for weeks, which then turned into months. By the end of my senior year (a whole year later), I had looked up just about everything on Genital Warts: convinced I had them, even after several dermatologists told me the opposite. This was my sole obsession for a quarter-portion of this year long battle. But the disease evolved. I had extreme doubts about my sexuality and my intelligence as well. While with friends I constantly zoned out, trying so hard to think of something ‘smart’ to say, or panicking that I wanted to do sexual things with them. Still, though, I held down a stellar bartending job, forced myself into social situations, had acceptable grades, and managed to keep myself out of the solidarity of my bedroom for a decent chunk of time most days (don’t be mistaken, I spent way too much time on my computer trying to find an ‘answer’ about my STD fears. But I socialized enough where no one except my parents were questioning me about my well-being).

After graduation I went back to New York, with a lot more baggage than my luggage and posters from college. This past summer is when I hit rock bottom. My STD obsessions spread to the whole spectrum of diseases, from harmless oral herpes to HIV. I can probably write a novel on STDs because of how much time I spent up in my room researching incubation periods for diseases, finding out how many tests I should take a month(!), etc.

One sunny day, in the parking lot of my local 7-11, I had my first false memory attack while still dealing with these STD obsessions. I was utterly convinced I had assaulted a past girlfriend. I decided to do a compulsion, and reached out and asked her about it. She didn’t remember what I was referring to, said she believed everything was fine. “Great,” I thought, “That’s squashed for good.” Of course, it was not. I’d ask 6 or 7 more girls the same questions over the next couple of months: to my surprise, no one told me I had assaulted them. But there were some who didn’t respond at all, or gave me a vague answer. And so the OCD roared on.

In the middle of these sexual obsessions, I spent a week up in my room. I could barely leave my house, had no appetite, and could only watch television and movies. I had just about complete apathy. My therapist at the time was about 80-years old and believed in Freudian theories (ex. Claiming that an obsession about wanting to have sex with my mother could have to do with a traumatic experience when I was younger, and probing about it the whole session). This is the opposite treatment you want as an OCD patient. Thus, I went to the psychiatric unit in the middle of July, to get doped up on Zoloft, Depakote, and Seroquel. I met some people just like me in the hospital: a 25-year old girl who had chronic anxiety and depression, my 30-year old roommate who was addicted to painkillers from a car accident. There were also patients who had much more serious forms of disorders: a woman who claimed every man on the television was her son, another man who smashed two of the computers on the floor because of his extreme anger, another woman with severe schizophrenia. The experience didn’t help my OCD much, but made me feel blessed that I have a disease that is manageable, and also highlighted that the line between sanity and insanity is thin.

Finally, in August of 2018, I found a therapist who not only specialized in OCD but had the disease himself. He taught me about all the flaws in my thinking and gave me a variety of exposure therapy exercises. Some of these included reading articles and creating stories based around my own worst fears. The core of all these exercises is to face the obsession and expose it as irrational, and show the topic is ambiguous. One realizes that their fears are based on possibility and not probability, and center around things that do not have a black and white answer. They then sit with the anxiety that comes with the obsessive thought until it resides. I’ve found the one that works for me most is breaking down the obsessive thought into three chunks and writing it down. For example, my last one was ‘can’t have sex till test | might have disease | condom doesn’t matter.’ It helps me cope with OCD when the thoughts pop up on-the-fly.

Throughout these past 7 months my condition has improved substantially. But the list of my obsessions keeps growing. I have hyper-moral and hyper-responsibility obsessions about correcting other people, apologizing for my own mistakes, giving my opinion, saying ‘bad’ jokes, germs, the environment, ethical eating and shopping, and more. It has been a struggle for me to find my balance, and currently I am in a pretty bad place. But this piece has been cathartic for me to write, and I have been able to put my OCD at bay multiple times before this. I rarely give into compulsions anymore when battling these demons, and I am proud of that.

I think the biggest benefit is once you decide to conquer this thing, you accept the astonishing amount of uncertainty in life and decide to become the truest version of yourself. It’s a matter of not beating yourself to a pulp over past decisions like your OCD wants, and deciding to become more responsible in a pragmatic way. I have not reached this ultimate form of self yet, but I know the tools needed for one to thrive in the face of this monster and am working on getting to this goal. My biggest form of relief came from ERP. Putting my thoughts on paper, writing down my biggest fear, and sitting with the anxiety. I showed my brain that these thoughts do not represent a rational mindset. I find that helping others is a great way to help yourself and see things more clearly, since us who have this doubting disease criticize ourselves to the max. Thanks for reading. It does get better. 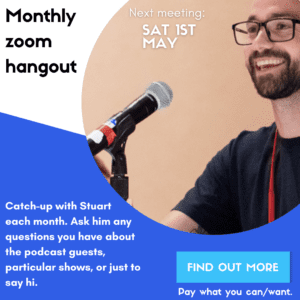