In episode 59 of the podcast I interviewed Rob Willson. Rob is a therapist and author of many books including “Overcoming OCD” which you co-authored with David Veale and “Managing OCD with CBT for dummies” which you co-authored with former guest Katie d’Ath. He is the chair of the Body Dysmorphic Disorder (BDD) Foundation, the world’s first charity exclusively devoted to BDD. Rob worked at the Priory hospital north London for 12 years and has trained many CBT therapists at Goldsmiths college, University of London. 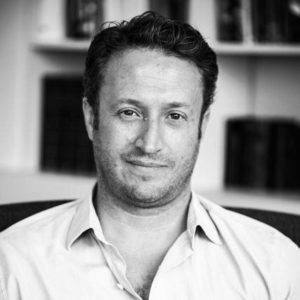 I had a good chat with Rob OCD and BDD recovery. We discussed why it’s good to know your values, why you can overcome and not just manage your condition, the comfort of knowing you aren’t the only one, applying recovery techniques systematically and consistently, getting creative in therapy, if you understand how a problem is maintained you can understand how to beat it, adapting ERP to your strengths, giving the thoughts less attention, and how to support a loved one with OCD/BDD. Enjoy!

END_OF_DOCUMENT_TOKEN_TO_BE_REPLACED

In episode 55 of the podcast I interviewed Professor David Veale. David is a consultant psychiatrist in cognitive behavioural therapy at the South London and Maudsley NHS trust and the priory hospital North London. He specialises in OCD and BDD among other things. David is a visiting Professor at the Institute of Psychiatry, King’s College London. He is the author of the book “overcoming obsessive compulsive disorder” and is a trustee of the charities OCD Action and the BDD Foundation. 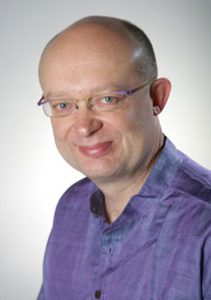 In my conversation with Professor Veale we discussed how to maximise results in therapy, how to get more out of ERP homework, advice on becoming an OCD therapist, Compassion Focused Therapy, and his research in OCD. Enjoy!

END_OF_DOCUMENT_TOKEN_TO_BE_REPLACED

DISCLAIMER – This is an exploratory interview into the potential of psychedelics as a treatment for OCD. This is NOT a how to guide. If you take psychedelics, you do so at your own risk.

In episode 35 of The OCD Stories podcast I interviewed Adam Strauss. Adam is a comedian, who has OCD and has used psychedelics as part of his recovery. He created a one man show about his journey with OCD and his recovery. The show is called The Mushroom Cure and is the winner of the overall excellence award at the New York fringe festival. 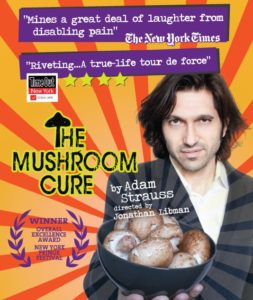 I chat with Adam about his battles with BDD, OCD, OCPD and Anxiety. We explore his journey into using psychedelics in his treatment of OCD. We discuss the legality of it all, as well as the research around these psychedelics. Adam suggests how with enough research we could make them legal for medicinal reasons and have dedicated clinics to administer these drugs alongside therapy. We discuss the importance of acceptance in OCD recovery and how embracing death can inspire you. This was one very thought provoking interview. Enjoy.

This podcast is also brought to you by nOCD. Download the app for free and they will donate $0.50 to an OCD charity on your behalf: http://m.treatmyocd.com/ocdstories

END_OF_DOCUMENT_TOKEN_TO_BE_REPLACED

I’m writing this with the hope that, if we openly speak about that which we so often mention in hushed tones, we can begin the process of helping those who suffer in silence.

I am a son, a brother, an uncle, a friend, a boyfriend, and a writer. I am also a murderer, I’ve contaminated people with infectious diseases, I’ve seen my cat die in a horrific house fire, I’ve run over countless people with my car, I’ve committed the most heinous moral, ethical, and sexual sacrilege, and at my worst… I believe these accusations my mind has concocted against me. I’m writing this for myself. I’m writing this for every person affected in some way, directly or indirectly, by the beasts that are OCD, body dysmorphia, and depression. I’m writing this with the hope that, if we openly speak about that which we so often mention in hushed tones, we can begin the process of helping those who suffer in silence.

I’ve had what can only be considered the most trying year of my life. No, I didn’t endure some sort of traumatic loss of a loved one, I wasn’t on the front-line of a war, I still have a decent paying job, and my limbs are all intact. But sometimes everything is awash in gray. Existence loses its color. Purpose is indefinable. I’m merely a vessel that’s physically here but emotionally and spiritually dead. That short story I wanted to write and submit to hopefully kick-start my writing career? Absolutely no interest—I’m the most uncreative, talentless person to ever live. Driving the thirty or so minutes to go visit my parents? Maybe next weekend—I’m a terrible, lousy son. Cleaning the apartment? I just can’t be bothered—Man, I’m such a slob. Breathing? Christ, who thought a basic physiological function could be so hard—I’m so lazy. My boyfriend hasn’t texted because he’s busy? It’s no wonder—You’re an inadequate partner and he doesn’t really love you. You don’t even love yourself… Most of the time, at least. When did your self-worth train derail? Did it ever leave the station?

END_OF_DOCUMENT_TOKEN_TO_BE_REPLACED

In episode 13 of The OCD Stories podcast I interviewed Dr Fred Penzel. Fred is a psychologist and founding member of the International OCD Foundation. He has authored a book on OCD and one on Trichotillomania. 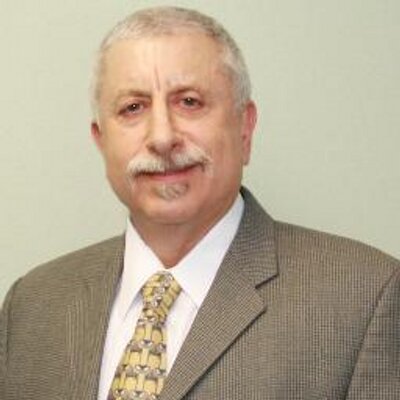 Fred has a wealth of knowledge on OCD. He has invested so much into the treatment of others, it was an honour to interview him. We talk about how to treat OCD, homosexual OCD, what to do if you struggle with the obsession “what if I don’t even have OCD” and body dysmorphic disorder. Enjoy!!!