It wasn’t easy but I could feel myself getting better

Looking back on my life there are times when I don’t remember my OCD – though it was there, I just don’t carry those memories – and others when my OCD experiences are the only memories I have. There are two periods in my life that I would say are the most relevant to my story of Obsessive Compulsive Disorder.

The first was when it all started when I was 10 years old. I guess a lot happened all at once in my family: we moved house, my Mum went back to work, I started a new school. My Mum had to go into hospital and I worried (incorrectly) that it was my fault. That’s when it all started, all at once. Most of my thoughts revolved around keeping my family safe and healthy. I was unsure and afraid and I was looking for some way to gain certainty and control. I had compulsions both mental and physical that I would feel compelled to perform and I was convinced those rituals were the sole thing keeping my family out of harms way. The only time theses thoughts were almost bearable was when we were all at home, together. Safely, healthily. I still had rituals to carry out but they lacked that same sense of urgency I felt when we were apart.

The mental compulsions made it hard to focus during school and to have a conversation when trying to make friends and the physical compulsions made it hard to take part in my dance classes which I loved and again, when you’re at a new school and you don’t know anyone, hard to make friends. I don’t remember ever being made fun of but I know that the other kids, even the teachers and other parents, even my parents, would have thought that I was weird. One of my “things” was that I would go about my day with one of my hands (preferably my dominant hand) completely flexed. Which was obviously incredibly physically restricting, but also very mentally draining as it required so much focus to keep my hand so tightly stretched. In OCDs all to familiar way, the hand stretching provided temporary relief and at the same time induced so much more anxiety which came when I had to swap hands or if my mind strayed from the thought of flexing as I worried incessantly about whether or not there was a brief second where my hand wasn’t stretched and what the repercussions might be. The hand flexing was just one on a long list of compulsions, which seemingly took over my life overnight. Too be honest I don’t know how I did manage to learn anything at school, make any new friends or continue competitive dancing back then. My mind was constantly preoccupied with monitoring my hand and I don’t know how my head had any room for anything else. I would avoid certain activities which I couldn’t do with my stretched hand or I would participate while juggling the constant distraction and feared consequences of a slip. An outsider looking at me would have thought I was fine, perhaps labelling my behaviour of avoidance and distraction as laziness or self absorption but inside I was frantically clinging, believing I was looking after the health and safety of not just myself but the three people I loved most. Each day that I ritualised, I was attempting to gain certainty and in exchange, bargaining away more and more of my mental health.

END_OF_DOCUMENT_TOKEN_TO_BE_REPLACED

In episode 127 of The OCD Stories podcast I interviewed Spenser Gabin. In this story edition of the podcast Spenser shares his OCD story. 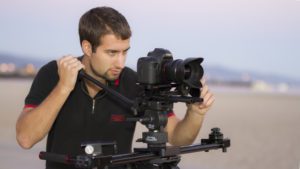 In this episode I chat with Spenser about his OCD story, and his recovery journey. We cover many other topics such as stopping reassurance – pros and cons list of doing a compulsion, living a valued life, how he keeps stress low, having patience in doing exposures, journalling, his peer support training, believing in treatment, having compassion for yourself and connecting with others with OCD. Hope it helps.

END_OF_DOCUMENT_TOKEN_TO_BE_REPLACED

Taking OCD for a drive

OCD has been apart of my life since I can remember, but it wasn’t always apparent until I received my official diagnosis two summers ago and started to reflect on how it had affected me. In hopes of shedding light on the mental health stigma, I present my story to the OCD community.

Let’s call my OCD a creature. An elusive being; not one that slinks about unnoticed in the shadows, but not one that rears its head and cries for all to see. My OCD is a creature that merely sits on its haunches and waits for an opportunity to act. Unseen by many, it ponders carefully in the furled bracken of my mind- observing, adapting, and striking out to permeate into the physical world when the time comes. Barred back by reason, my creature claws tenaciously at the barriers my mind puts up in an effort to control the beast. But every so often, it breaks through. Every so often, my OCD takes hold of me.

As a six-year-old, my thoughts should have been a whirl of care-free illusions. However, it was then that my creature decided to forego this construct and lash out. Upon seeing something intriguing, my mind told me that if I wanted to remember it, I would have to stare at the image for no less than three seconds and say the phrase “Okay, now, good.” This compulsion is the earliest symptom of my OCD that I can accurately recall. If I did not perform this ritual, something would go wrong. Of course, my parents were unaware of this until I began my Cognitive-Based Therapy years later and revealed all the compulsions I had accumulated over the years. Eventually, my rituals and tics would evolve from psychological to physical as the creature grew over time and began to control my movements.

END_OF_DOCUMENT_TOKEN_TO_BE_REPLACED

Epifania Rita Gallina – Taking back your life through ERP

In episode 66 of the podcast I interviewed Epifania Rita Gallina. Epifania is an Italian/American Masters student at Columbia University’s Clinical Psychology program. In September of 2015, she created the online private Facebook support group called “Living on Edge: Taking back your life through ERP,” which now holds 147 members and she peer supports both online and in person. She also plans on becoming an OCD and anxiety disorder specialist and a neuropsychologist. 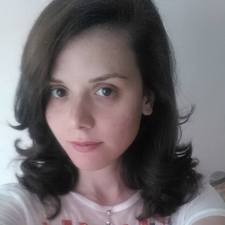 I had a wonderful chat with Epi about ERP, mindfulness, how to lower stress, living by your values, not underestimating student therapists, loving yourself more, book recommendations and OCD advice. Enjoy!