The podcast is sponsored by NOCD. To find out more about NOCD and their treatment plans head over to https://go.treatmyocd.com/theocdstories

In episode 210 of The OCD Stories podcast I interviewed Natasha Daniels. Natasha is a child and teen therapist. Creator of AT Parenting Survival a website and podcast dedicated to helping families and parents understand and support their children with OCD and anxiety.

We discuss her story, what to consider when parenting an anxious toddler, how to involve the parents in therapy, things to consider when your child has OCD, working with reassurance seeking, resources for parents, difference between children and teens with OCD, managing a balance between family time and treatment time, gamifying treatment, advice for parental self care and much much more. Hope it helps!

The podcast is sponsored by NOCD. To find out more about NOCD and their treatment plans head over to https://go.treatmyocd.com/theocdstories

In episode 209 of The OCD Stories podcast I interviewed Nicole Falcone who has kindly agreed to share her story with us.

We discuss her OCD story, getting treatment, doing ERP, following values, living with anxiety, her poetry, words of hope and much much more. Hope it helps!

Kim Vincenty – A worried mother does better research than the FBI

In episode 148 of The OCD Stories podcast I interviewed Kim Vincenty. Kim is Vice president of OCD Jacksonville, an IOCDF affiliate. She has worked alongside the clothing brand Natural life to create the fearless collection, a range of products that target stigma and fear of anxiety disorders – as well as raise money for OCD Jacksonville. 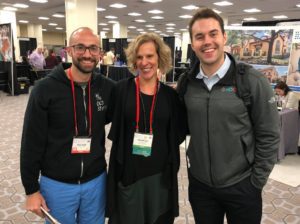 In this episode I chat with Kim about being a parent of a child with OCD, running a support group for families, advice for parent’s of newly diagnosed children, advice for parental self-care, how a family can fight OCD together, OCD Jacksonville, the Natural Life “Fearless” collection and much much more. Hope it helps.

END_OF_DOCUMENT_TOKEN_TO_BE_REPLACED

Maternal OCD and facing the OCD monster head on

I told everyone all my thoughts presuming my baby would be taken away but he wasn’t… My first realisation!!!

My main OCD story starts in 2014 previous to that I had without really knowing it suffered crippling anxiety and worry (I just presumed we all worried in the same way about the same things) I also had self confidence issues which I dealt with by developing an eating disorder (control) in my early teens.

I met my husband to be at 17 which helped me gain a lot of confidence. I managed to overcome my anorexia apart from a few blips along the way, I went to college, uni got a job we got married. One thing that I couldn’t do was drive. I had past my test first time at 20 then never managed to get behind the wheel again properly for years, I put it down to a phobia initially but now I know differently, (in my mind, I had run someone over, killed them, gone to prison and shamed my family before I had even put the key on the ignition!!!).

During these years I had no idea I was suffering from mental health issues until 2004 a big one hit me out of the blue. I was a happy newly wed, new house, new job and desperate to start a family one night I was watching tv and there was an advert for pampers. I didn’t think anything of it, the advert finished and a different advert started then an image of a young boy naked entered my mind, my life as I had known it ended there and my 12 year battle with OCD started. I panicked ‘why did I think that?’ What’s wrong with me, I must be a monster a peadophile… I went into major panic, ruminating, over thinking , every horrible thought you could possibly imagine went through my head it was impossible to live with and I wanted to end my life. If it wasn’t for my husband I wouldn’t be here. I took the meds and engaged in CBT although it was hardly explained to me properly and was not diagnosed with OCD at the time. I slowly got my self together ( I say that loosely) but lived on the edge with crippling intrusive thoughts avoiding children at all costs for the next 7 years or so, and on and off meds but had no counselling after the initial sessions in 2004, at the same time I was grieving for the family I could not have (in my mind there was no way I could be or deserved to be a mum). My life felt miserable.

At the end of 2013 , I was so unhappy about not having a family but still crippled by the what if’s that my husband and I decided that we needed to try, I think my biggest motivation was my age and that l would soon be turning 40. We got pregnant a month after finally deciding I was so shocked at how quick it was and I was petrified. Towards the end of my pregnancy I did receive some counselling but unfortunately not the right kind and my midwife and doctor were both anti meds. I was so anxious about my pregnancy and having a baby that my mind was going into overdrive all sorts of worse case scenarios…so I had already decided I was giving the baby up.