So much better than I was

I am so much better than I was in January of last year.

In August of my 8th grade year, my health teacher showed a video about OCD in class. Little did I know, in about 4 months, that would be me.

It was my reality. I never dreamed about having OCD. I never asked for OCD for Christmas. I never expected this sweet little nightmare.

In January of my 8th grade year, I started performing rituals at night to make sure I didn’t hear any unexpected Noise at night. It caused me great distress. On January 30, 2015 I was diagnosed with generalized anxiety disorder and obsessive compulsive disorder.

2 weeks later, on February 15, 2015, I was hospitalized for extreme insomnia and severe depression. What I really needed was compassionate care. What I got was abuse and neglect. I had no privacy, no way to sustain my ritual, and worst of all, no care at all from staff. My best friends in the hospital were fellow patients. I was discharged February 18. The next day, I saw my therapist for the first time. She was amazing and she would soon become my best friend.

On March 13, I started seeing a new Person for my issues. Her voice was really loud, but she was really friendly. She’s a nurse practitioner and works for my psychiatrist.

In April, after struggling with impulse control, I went into an outpatient program through a different hospital. In September, I was almost hospitalized again. My depression was back, and it would recur for several months. My rituals were no longer there, but the obsessions were and still are today. I need help still for my psychiatric issues but I am so much better than I was in January of last year.

Thanks for reading,
Anon

I am growing, and so are you – Finding beauty in OCD growth

We are not the only ones with these thoughts 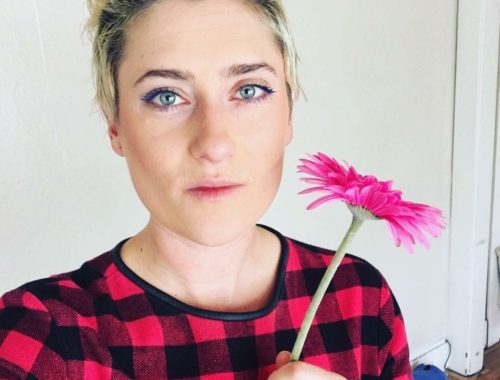