In episode 20 (say whattttt) of The OCD Stories podcast I interviewed Dr Chad LeJeune. Chad is a professor of psychology at the University of San Francisco. He has more than 20 years experience treating people with anxiety problems. He is a founding fellow of the Academy of Cognitive Therapy, and was among the first clinicians to receive training in acceptance and commitment therapy. Chad is also the author of the book “The Worry Trap” which is reviewed at 4.9 stars out of 5. 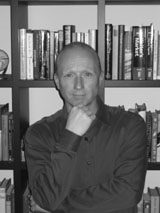 I chat with Chad about his book, breathing techniques to lower anxiety, why caring is better than worrying, how to live a value based life that is meaningful to you. We discuss how OCD and anxiety is a spectrum, and that it can affect everyone. Chad shares some great metaphors during the talk that will bring acceptance and commitment therapy to life. Enjoy…

END_OF_DOCUMENT_TOKEN_TO_BE_REPLACED

Lily Bailey – Because We Are Bad: OCD & A Girl Lost In Thought

In episode 12 of The OCD Stories podcast I interviewed Lily Bailey. Lily is a writer and model. She is the author of the book Because we are bad: OCD and a girl lost in thought.

*At times in the podcast there are small burst of clicking noises. Just a recording issue our end, nothing wrong with your headphones 🙂 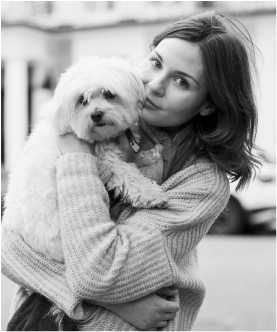 Lily has a fascinating story and was fun to chat with. We talked about different therapies, keeping lists, religious OCD and what the book is about. Lily is very relatable, I’m sure you’ll learn a lot from her story and the advice she gives in this podcast. Enjoy!!!

END_OF_DOCUMENT_TOKEN_TO_BE_REPLACED

For those who deserve an explanation

In episode 9 of The OCD Stories podcast I interviewed David Adam. David is an editor and author of the book “The man who couldn’t stop”. 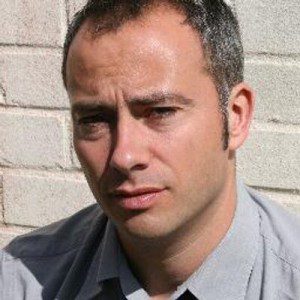 I had a good conversation with David, he’s a good lad (as we say in England). We talked about his book, how it came about and his OCD story. He talks about overcoming his HIV obsessions, how to do ERP effectively, accepting uncertainty and stigma. There is a lot of good advice in this interview for anyone struggling with OCD, but specifically “Pure O”. Enjoy!!!

END_OF_DOCUMENT_TOKEN_TO_BE_REPLACED

Bob Burg On How You Can Succeed Despite OCD

You have a choice. You do not need to let OCD stop you!

I interviewed best selling author Bob Burg on his OCD story, his improvement and his advice for how you can succeed despite OCD, not because of it. 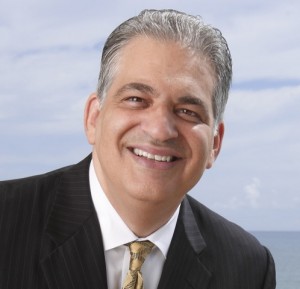 Bob is a remarkable guy. He has written 9 books including The Go-Giver which has sold over 500,000 copies. It is a parable about the power of giving and authenticity in business. It has had a profound impact on my life, so it was an honour to chat with Bob and hear his OCD Story. I hope you enjoy!

END_OF_DOCUMENT_TOKEN_TO_BE_REPLACED

Me and My Bully

never feel ashamed of ‘the cards you have been dealt.

Will I ever be alone?
Imagine you are sat all alone in the park,
You look around and see daylight but in your head it’s still dark. A guy sits beside you and begins to shout in your ear,
He shouts and he screams words you don’t want to hear. Why is he now telling me to repeat things that I’ve done?
I try so hard to fight him but I perform and he’s won.
His voice slowly fades; once again I’m all alone, However now I’m a little scared to be in this world on my own. How can I speak out on this secret never shared?
For this story I have to tell no-one can ever be prepared.
I open my mouth to try and shout for help from my friends, But he comes back to sit beside me and his identity he defends. He tells me I’m crazy, I believe his flowing words,
I will never be alone and once again I feel the hurt.

My book is titled ‘Me and My Bully’ and it offers an insight into my journey with ADHD, OCD and Self-harm.

I am a 30 year old female and I began treatment in 2008 at the beginning of my FE teaching career. I was frequently becoming overwhelmed with day to day life and at the time I was unaware that I had ADHD and OCD. When receiving support it was suggested that I put my thoughts onto paper as verbalising them was far too difficult; as a result writing became a much needed outlet. Over the years my conditions began spiralling downwards, the self-harm started and the worse things became the more I would write. Now, 7 years on, I have reached a point in my life where the conditions have become manageable, they still exist but at a level that is bearable… most of the time! Now, I wish to share my story in the hope that I can inspire others to dig deep, continue their fight and to never feel ashamed of ‘the cards they have been dealt.’

END_OF_DOCUMENT_TOKEN_TO_BE_REPLACED

Defeating The Pain Of OCD

I try to share my story at every possible opportunity through my writing or through talks, such as my TED talk

What do I write?

This should be an easy question, because as a writer, I should be bursting with so many ideas that I would never be able to complete all of them. But when someone asks me about my OCD, or I have to write a piece on it, I wonder…what part am I supposed to talk about? How am I supposed to convey the enormousness of my experience into whatever little space or time I’m provided? How do I talk about something that has been with me for as long as I can remember, that is as natural as breathing yet as unnatural as that choking, stifling loss of breath that occurred every time the obsessions became too much.

I was a very emotional kid, and being emotional and constantly absorbed in forms of escape that didn’t involve hitting any kind of ball was looked down upon when you were a boy. The OCD started out then, and grew with me. I was terrified of everything, constantly on the watch; filled with thoughts I had no control over, having to suppress urges and desires that were repulsive and destructive.

END_OF_DOCUMENT_TOKEN_TO_BE_REPLACED

There is nothing good in one’s life for which OCD can take credit. That is, successful people with OCD succeed despite it; not because of it.

I’d be 26 years of age before even knowing the medical name of this internal hell that had plagued me for so long; or that it was even a medical disorder as opposed to a personal one. Until then, I simply thought; one,  I was crazy. And, two, that I’m the only person in the world going through this nuttiness (one psychiatrist I’d visited had in fact referred to me as being “nuts.” At least he had a diagnosis, incorrect as it was. The others couldn’t even offer an opinion).

Obsessive Compulsive Disorder (OCD) is a very strange and insidious phenomenon. In the first place, it’s nearly impossible to explain it in such a way that anyone who doesn’t have it can actually understand. What’s worse is, when you do try and explain, most people truly do think they understand.

Put, simply, OCD is a chemical imbalance in the brain which manifests itself in two ways, often combined.

Obsessions are thoughts, images, or impulses that occur over and over again and feel out of your control. The person does not want to have these ideas, finds them disturbing and intrusive, and typically recognizes that they don’t really make sense. Obsessions are accompanied by sickly, horrifying feelings of fear, disgust, doubt, and intense guilt.